Enlightenment Economics publishes the Perspectives series, short books with insight into big issues, with the London Publishing Partnership. The series includes: The BRIC Road to Growth by Jim O’Neill, Reinventing London by Bridget Rosewell, Rediscovering Growth: After the Crisis by Andrew Sentance, Why Fight Poverty? by Julia Unwin, Identity is the New Money by Dave Birch, and Housing: What’s The Plan? by Kate Barker.

We also published What’s The Use of Economics?

This collection of essays on the teaching of economics was published on 15th September 2012, the fourth anniversary of the Lehman Brothers bankruptcy. Available from Amazon (cover price is £14.99; Kindle edition also available).

“Superb! Diane Coyle has catalysed what is long overdue: candid self-questioning by economists of a discipline that did not anticipate the crisis and has barely changed since despite its self-evident shortcomings. Some spectacularly good reads. Economics can’t stay the same after this book.”
Will Hutton, Principal of Hertford College Oxford, Observer columnist and chair The Big Innovation Centre

“With outstanding essays from the likes of Andy Haldane, John Kay and Andrew Lo, this book should be read by anyone interested – or anxious – about what economists do and how economics is taught.”
Tim Harford, author of “The Undercover Economist” and “Adapt”

“This volume will set the agenda for the debate of the next decade by economists and policy makers trying to avoid another financial crisis. The self-critical chapters by top-tier economists and hands-on practitioners provide fascinating insights into what went wrong and how the economics profession should set about to reform itself.”
Dr DeAnne Julius CBE, Chairman of Chatham House and former member of the Bank of England’s Monetary Policy Committee

Declan Jordan said: “The book is highly recommended. The challenges it presents are being debated in economics faculties across the globe. The current crisis has shifted the certainties of orthodox macroeconomics and emboldened those who argue for a stronger emphasis on behavioural approaches and less emphasis on mathematical and statistical methods. This struggle will persist and this book is likely to prompt many debates and inform many course review meetings.”

See also comments and reviews by Declan Jordan in the LSE Review of Books, Howard Davies at Project Syndicate; Larry Elliott of The Guardian; Rajiv Sethi of Barnard College. There is an essay (pdf) by Diane Coyle in Research Fortnight. 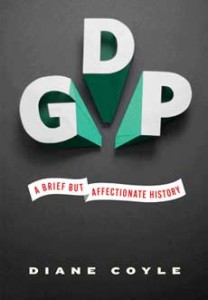 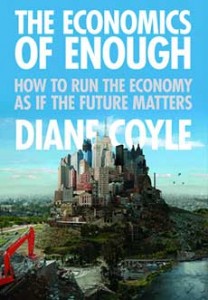 Diane’s last book was The Economics of Enough. The theme of how to put sustainability... Read More 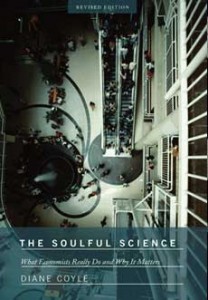 Her previous book was 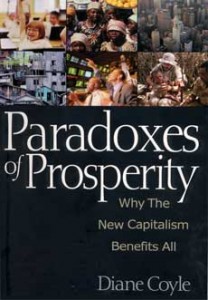 Paradoxes of Prosperity introduces us to the contradictions of the New Economy – with its... Read More

Her previous bestseller was Sex, Drugs and Economics. It takes a fun look at the... Read More 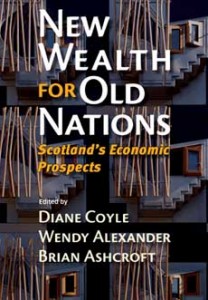 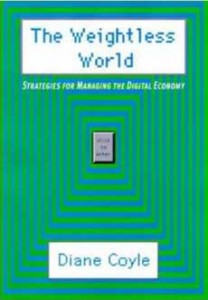 Diane’s first book was ‘The Weightless World’, published in the UK by Capstone and in... Read More

A list of Diane's other main publications, talks and broadcasts is given below. She also contributes frequently to newspapers and magazines, and is a contributor to the FT's The Exchange blog.