Enlightenment Economics has specialist expertise in technology markets, innovation and competition policy. We have worked on projects on the spread of mobile broadband and mobile money in low-income economies, and on the social and economic impacts of an emerging economy government’s ICT strategy.

Diane is Bennett Professor of Public Policy at the University of Cambridge in addition to her role at Enlightenment Economics. Diane is a Fellow of the Office for National Statistics and has held a number of public service roles including Member of the Natural Capital Committee, Vice-Chair of the BBC Trust until April 2015, a member of the Migration Advisory Committee from 2007-2012, and a member of the Competition Commission from 2001-2009.

She specialises in the economics of new technologies and globalisation, particularly measurement of the digital economy and competition in digital markets.

She is the author of numerous books, including Markets State and People: Economics for Public Policy (2020), GDP: A Brief But Affectionate History (2014), The Economics of Enough (2011) and The Soulful Science (2007), Sex, Drugs and Economics (2002), Paradoxes of Prosperity (2001), Governing the World Economy (2000) and The Weightless World (1997). She has also published numerous book chapters, reports and articles, and is a regular contributor to the Financial Times and project Syndicate.

She was previously Economics Editor of The Independent and before that worked at the Treasury and in the private sector as an economist. She has a PhD from Harvard.

Diane was awarded the CBE in January 2018.

Professor Emeritus Howard Williams held a chair at Graduate Business School, University of Strathclyde. His research has focused on issues of technical change, economic development and innovation in the OECD and emerging markets.

Professor Williams has worked as an economist and lead policy advisor for international organizations including the European Commission (DG InfoSoc), the World Bank and the Internet Governance Forum. He has contributed to a broad range of economic and policy debates about licensing, access regimes, investment incentives, wholesale market regulation as well as the application of competition law principles to the ICT sectors. At the University of Strathclyde Professor Williams created and was Director of the Masters in Communications Management (MCM). He has held fellowships at a number of academic institutions including University of Bocconi (Milan) and the Oxford Internet Institute (University of Oxford). 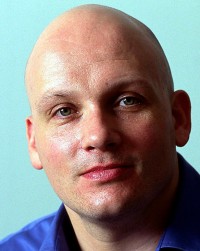 Economist Tim Phillips studied economics and mathematics at the University of Manchester, Birkbeck University of London, and University College London. He specialises in the economic impact of innovation, technology and crime, and he has written on these topics for The Wall Street Journal Europe, The Guardian and The International New York Times among others. He is also the author of 12 books, including Knockoff: The Deadly Trade in Counterfeit Goods, Scoring Points and Fit to Bust: How Great Companies Fail (all Kogan Page).

Tim is currently editor of The Economy, published by The CORE Project , which is a modern open-access economics syllabus taught at universities in five continents, including at University College London, Sciences Po Paris and Columbia University.

Mary Beth is a Princeton and LSE-trained economist with special expertise in multinational strategies and globalisation.

Teresa is an IT business specialist with extensive experience in China and S.E. Asia.