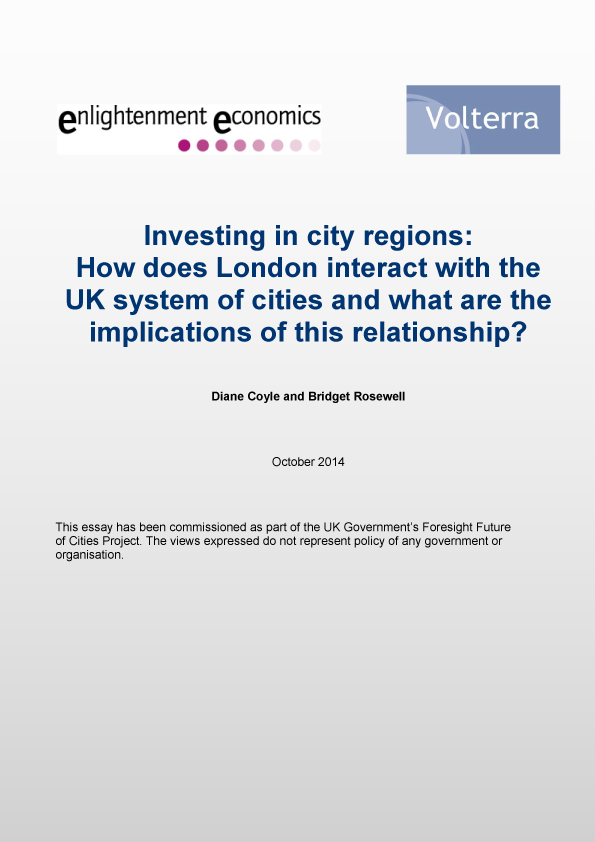 How Does London Interact with the UK System of Cities (with Volterra Partners, for the Government Office for Science)

This report examines the way UK cities affect each other through the economic and other links between them. It focuses particularly on the role London, as the country’s only ‘world city’, plays in the UK system of cities. It considers the potential for other cities, and the whole UK economy, to improve its growth and trade performance, looking at:
• how many UK cities could grow to ‘world city’ status
• the economic links between UK cities and whether stronger UK supply chains are needed
• the levers that could support a more productive urban economic network (eg transport and communications infrastructure)